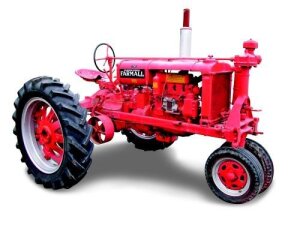 Thomas Earl Scher, 79, of Sumter, SC, and formerly of Huntington, IN, passed away on Thursday, September 9, 2021, at St. Vincent Hospital, Indianapolis, IN.

Tom was born in Huntington, IN, on July 15, 1942, to Earl Henry and Helen Gertrude (Christman) Scher.  His parents preceded him in death.  He married Mary Henderson on July 7, 2002 . She lives and resides in Sumter, SC.  Tom was raised and lived in Huntington, and also resided in Wabash and Kokomo, Indiana before moving to South Carolina in 2002.

Tom graduated from Huntington High School in 1961.   He served in the United States Air Force from 1962-1966.   Tom was a railroad engineer, working for both the Erie Railroad and Conrail until 1984. He then served in the Fort Wayne Air National Guard working on F-4 jets until joining the Air Force Reserve and working in the Civil Service at Grissom Air Force Base as a Crew Chief on A-10 Warthogs, then on KC-135 tankers. After retiring from the Air Force Reserve in 2002, Thomas moved to Sumter, South Carolina to continue his work for the Civil Service as a Railroad Engineer at Shaw Airforce Base.

Tom enjoyed camping with Mary, attending antique tractor shows where he would proudly display his Farmall F-20 tractor and was an aviation enthusiast. He was an avid taildragger pilot, flying over 100 youth through the Young Eagles program with his Cessna 140 aircraft.

Along with his parents he was preceded in death by a son, Christopher Scher, and an infant son, Thomas Scher, Jr.

A burial will follow at Mt. Calvary Cemetery, Huntington, IN.

In lieu of flowers, memorials can be made to the Thomas Earl Scher Young Eagle Fund, in care of McElhaney-Hart Funeral Home, 715 N. Jefferson Street, Huntington, IN.

McElhaney- Hart Funeral Home, 715 N. Jefferson St., Huntington, IN is entrusted with the arrangements. On line condolences may be sent to: www.mcelhaneyhartfuneralhome.com

To send flowers to the family or plant a tree in memory of Thomas Earl Scher, please visit our floral store.

A Memorial Tree was planted for Thomas

Join in honoring their life - plant a memorial tree