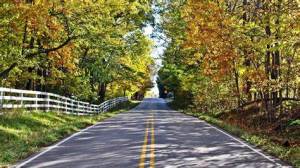 Neil was born on May 24, 1967, in Huntington, IN, to Willard and Janet (Smith) Garretson.  His father preceded him in death.  He married Penny Denton on September 9, 1989.  She survives and resides in Huntington.

Neil was a 1985 graduate of Huntington North High School.  He was a Binder operator at LSC Communication in Kendallville, IN.   He was a member of the Indiana Patriot Guard Riders.  Neil loved riding his motorcycle and rescuing animals.   He was a hard worker and will be greatly missed by many.

Along with his father he was preceded in death by one brother, Kyle Garretson.

A Memorial Service will be announced at a later date.

A private burial at Mt. Hope Cemetery in Huntington will be at a later date.

In lieu of flowers memorials can be made to Indiana Patriot Guard Riders in care of McElhaney-Hart Funeral Home, 715 N. Jefferson Street, Huntington, IN 46750.

McElhaney-Hart Funeral Home, 715 N. Jefferson St., Huntington, IN, is in charge of arrangements.  Online condolences may be made to:  www.mcelhaneyhartfuneralhome.com

To send flowers to the family or plant a tree in memory of Neil E. Garretson, please visit our floral store.

You can still show your support by sending flowers directly to the family, or by planting a memorial tree in the memory of Neil E. Garretson