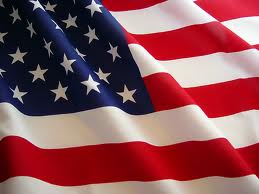 Melvin G. Tinkel, 92, of Huntington, IN, passed away on May 8, 2020 at Parkview Regional Medical Center in Fort Wayne, IN.

Melvin was born on March 12, 1928, in Grant County, IN, to William Harvey and Levona V. (Smith) Tinkel. His parents preceded him in death. He married Faye A. Hargrove on January 29, 1955.  She survives and resides in Huntington.

Mr. Tinkel graduated from Van Buren High School.  He served as a Quartermaster in the United States Army during the Korean War.  He retired from Fisher Body in Marion, IN, after 30 years of service.   He was a Jehovah's Witness.

Along with his wife, Faye, he is survived by one son, Michael (Naomi) Tinkel, Huntington, IN; and one daughter, Pamela L. (Robin) Reed, Winder, GA; four grandchildren and nine great grandchildren.  He also is survived by two sisters, Deardra Studebaker, Alexandria, IN; and Edith (John) Shroll, Flatwoods, Kentucky.

To honor the wishes of Melvin there will be no calling or service hours.

A private burial will be held at a later date.

To send flowers to the family or plant a tree in memory of Melvin G. Tinkel, please visit our floral store.

You can still show your support by sending flowers directly to the family, or by planting a memorial tree in the memory of Melvin G. Tinkel
Share a memory
© 2021 McElhaney-Hart Funeral Home. All Rights Reserved. Funeral Home website by CFS & TA | Terms of Use | Privacy Policy