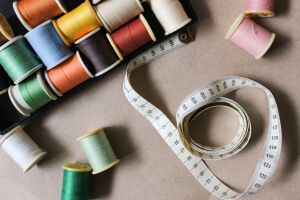 Ms. Welches was born on April 22, 1934, in Huntington, Indiana, to August and Clara (Nuck) Welches.  Her parents preceded her in death.

Mary was a 1952 graduate of Huntington Catholic High School, received her bachelor’s degree in 1956 at St. Francis College, Fort Wayne, and then her Master’s in 1958 at Catholic University in Washington D.C.  She was employed with Catholic Social Services in Fort Wayne and in Dayton, Ohio.  She was a very active member of SS. Peter & Paul Catholic Church and one of the founding members of the Historic Forks of the Wabash. She was instrumental for getting the log cabin moved to the Forks of the Wabash.  She was a very talented seamstress and enjoyed sewing as a hobby.

Along with her parents she was preceded in death by one brother, John E. Welches.

Burial will be in Mt. Calvary Cemetery, Huntington, Indiana.

In lieu of flowers memorials can be made to the Historic Forks of the Wabash or Masses at SS. Peter & Paul Catholic Church in care of McElhaney-Hart Funeral Home, 715 N. Jefferson Street, Huntington, IN 46750.

McElhaney- Hart Funeral Home, 715 N. Jefferson St., Huntington, IN is entrusted with the arrangements. Online condolences may be sent to: www.mcelhaneyhartfuneralhome.com

To send flowers to the family or plant a tree in memory of Mary C. Welches, please visit our floral store.

A Memorial Tree was planted for Mary

Join in honoring their life - plant a memorial tree