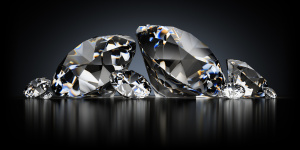 Evelyn was a 1942 Huntington High School graduate.  She attended the Central Academy of Commercial Art in Cincinnati, Ohio, The Chicago Academy of Fine Arts and Butler University.

Mrs. Webb was a part owner of Webb & Son Jewelers in Huntington.  She was also employed by the United Way and Rickert Studio. She was an Elder member of the First Presbyterian Church, Huntington, IN, and a member of Psi Iota Xi Sorority.  She enjoyed quilting, sewing and painting.

Along with her parents and husband she was preceded in death by one son, Ronald Keith Webb.

Burial will be at a later date at Mt. Hope Cemetery, Huntington, IN.

In lieu of flowers memorials can be made to the First Presbyterian Church in care of McElhaney-Hart Funeral Home, 715 N. Jefferson Street, Huntington, IN  46750.

McElhaney- Hart Funeral Home, 715 N. Jefferson St., Huntington, IN is entrusted with the arrangements.     On line condolences may be sent to: www.mcelhaneyhartfuneralhome.com

To send flowers to the family or plant a tree in memory of Laura Evelyn (Pollock) Webb, please visit our floral store.